It won’t be wrong if Tamil Nadu is declared as a temple city. This is one rich south Indian state which is rich in Temple architecture and sculptures owing to its ancient heritage. Ages old temples not only look majestically divine and peaceful but have an aura about them that pulls the worldly being into a trance of belief.  Temples of Tamil Nadu have hosted millions of believers and seekers and will continue to do so.

In 2010, this temple turned 1000 year old and is one amongst the many biggest Indian temples. It is dedicated to the worship of Lord Shiva and is also part of the world heritage sites under the Great Chola Temples. 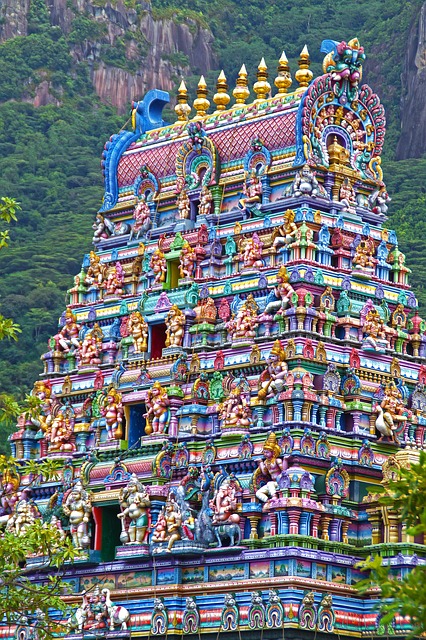 As the name suggests, the shore temple is named as such as it is built on the shore of Bay of Bengal with granite blocks. It is one of the oldest rock structures and is included in the group of monuments of Mahabalipuram.

Located on the Ramaeswaram Island, this temple of Tamil Nadu is one of the twelve Jyothirlingas. Ramanathaswamy temple has the longest corridor of all the Indian Hindu temples and the outer corridors are the world’s longest.

Murugan Temple of Tamil Nadu is dedicated to the worship of lord Murugan and is one of the richest temples. It is also the most visited temple in the whole of India.

Dedicated t lord Shiva, Thillai Nataraja Temple is one of the Pancha Bootha Sthalams which represent one of the five classical elements. The complex of this temple is spread on a lavish 40 acres within the city.

Located in Kumbakonam Taluk, the Uppiliappan lord Vishnu temple is the most visited one. This temple houses all the water bodies and shrines associated with it.

Dedicated to lord Hanuman, Anjaneya Swamy temple has the tallest hanuman idol in India. The lord Anjaneyar statue is 5.5 meters tall and craved from a single stone.

This lord Hunuman temple located in Thiruvallur district, has a five facing Mukham of Anjaneya. The statue is approximately 40 feet tall and carved from a single green granite stone.