Konaseema is very similar to the back waters of Kerala and rightly nicknamed as Gods own creation. In this article you will read about Konaseema Foods, fun facts and natural beauty of Konaseema.

It is known to have the most fertile soil on the Coramandal coast and is an oasis of extreme natural beauty. Fondly also called as Andhra’s Kerala, Konaseema is a delta situated on both the districts of East and West Godavari. There is an interesting explanation to the name Konaseema- in Telugu “Kona” means corner and “Seema” means boundary.

Coconuts are the symbol of Konaseema and are practically part of every recipe that is a Konaseema specialty. Konaseema Foods are well known for their use of spices and seafood. A few Konaseema staples are mentioned below:

Putharekulu: a very Konaseema sweet is the Putharekulu. It is uniquely wafer-like thin and crisp and has fillings of dry fruits and jaggery. It is prepared using a particular type of rice batter knows as the Jaya biyyam, which is combined with ghee, sugar and diluted with water. Cooking the sweet is an art itself and requires skilled cook to actually execute the process. A cloth is then dipped thrice in the sweet liquid and spread onto an inverted hot pot with aflame burning underneath. A thin film of wafer is formed on the pot which is then coated with ghee, dry fruits or simply just jiggery. 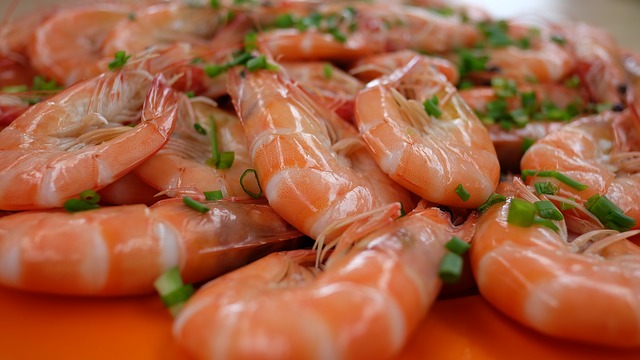 Jackfruit Biryani– Yes, you have read it right. Konaseema foods have another specialty which is the jackfruit biryani (Kathal Biryani). Jackfruit also known as Panasakaya in Telugu is an exotic fruit and considered as meat by Vegans and Vegetarians. The semi ripe fruit is used in preparations of chips and the fully ripened fruit is used to prepare desserts. The recipe is similar to that of Hyderabadi Dum biryani and just the chicken or meat preparation is replaced with Jackfruit. The fruit is cooked until tender and added to the rice similarly like in any other biryani.

Sweet Prawn Curry: Well, Andhra’s Kerala has a rich seafood culture. Seafood farming is very common practice in Konaseema and sweet water species of seafood are tasty and easy to harvest as well. Coconuts are an integral part of Konaseema foods and hence used in recipes to give them a creamy smooth texture. Clay pots are used to prepare the sweet prawn curry and Indian spices are added to induce heat in the curry.

Pulasa fish– The Godavari pulasa fish is a real tourist attraction in Konaseema. Tourists actually ask for this dish and requests for parcel are also placed. Prepared in true Andhra fashion using tamarind sauce, the Pulasa fish has become symbolic of Konaseema. There is an interesting story behind the name Pulasa. It is said the Hilsa fish swims from the Bay of Bengal and reaches Godavari near the Rajahmundry areas. This voyage that it undertakes is nothing but Pulasa.

Peetala Koora– Crab curry or Peetala Koora is another Konaseema food that is fondly devoured in and around the coastal area. Tamarind sauce is a regular part of their Andhra cuisine and in Peetala Koora also tamarind is an essential. Overcooking the crab is easy hence great care is taken when cooking this dish. Roasted cumin seeds add on to the flavor and the sea can actually be tasted in the cooked crab.

Coconut rice– Kobbari Annam or Coconut is a local rice delicacy of Konaseema. Both coconut as a whole or just the coconut milk can be used to cook the rice. Rice is cooked and then simmered in the coconut milk and the earthy flavor of coconut is thus absorbed by the rice.

Konaseema Foods will leave you equally enthralled as the lavish green scenery and open water bodies. Opt to taste the local cuisine of any place you choose to visit to get to know the culture.